Motion Activated Light - Auto turns on when motion is detected at night while turn off without motion detected. NO need any remote control.

Easy Installation - Fix on any exterior wall constructed of all types of material including metal, wood or plastic by screws.

How to Choose The Best Solar Flood Lights:

It depends on the area you want to illuminate which measured by lumens. If You want light large area like outdoor sports, garbage,gardern choose from 1000-3000 lumens.

The brighter the larger area solar flood light will cover, Beside beam angel also decide the cover distance. 130 degree is a good angel you should consider.

They are lithium ion, NiMH, NiCAD, and lead acid.

NiCAD (OR) Lead Acid Battery – Powerful one that comes with high capacities.

Lithium Ion Battery – Expensive with powerful capacity as they have higher energies yet small size. It comes with 2000 cycles lifespan of compared with lead acid batteries.

Build of Solar Panel & its Types 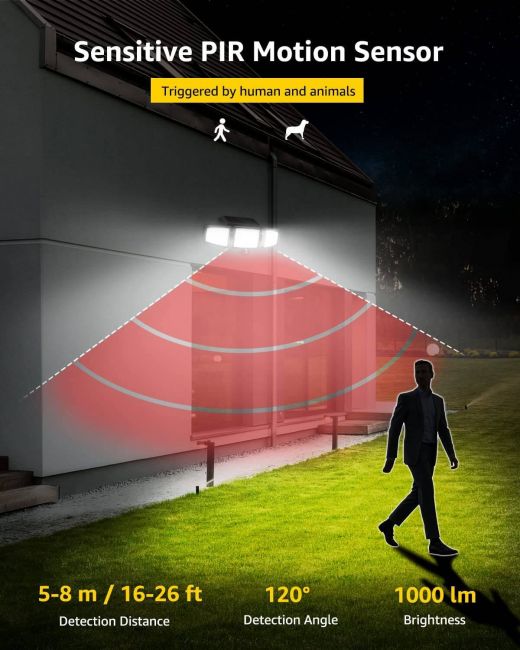 How Do Solar Flood Lights Work?

The solar panel is, of course, the part that initially captures the sunlight and generates the electricity that the system will work off. The battery is what stores the electricity generated by the solar panel. The best solar flood lights with significant battery life allow all components to work together to emit light throughout the night in auto mode.